Nonesuch Records was founded in 1964 by Jac Holzman to produce “fine records at the same price as a trade paperback”, which would be half the price of a normal LP. To achieve this he initially licensed European recordings of classical music as it would be too expensive to record new material. Originally the label concentrated heavily on chamber and baroque music, often with (then) unique repertory, and typically sold at less-than-premium prices.

Nonesuch has evolved into a division of Warner Music Group, home to many great artists that we listen to here at FF. The amazing people at Nonesuch worked with us to design a poster commemorating Nonesuch Records’ 50th Anniversary which landed on Valentine’s day this year. Robert Hurwitz, the current president of Nonesuch Records issued a public letter detailing his tenure. I suggest you have a look. The letter sheds some incredible insight into how things materialized over at Nonesuch Records. 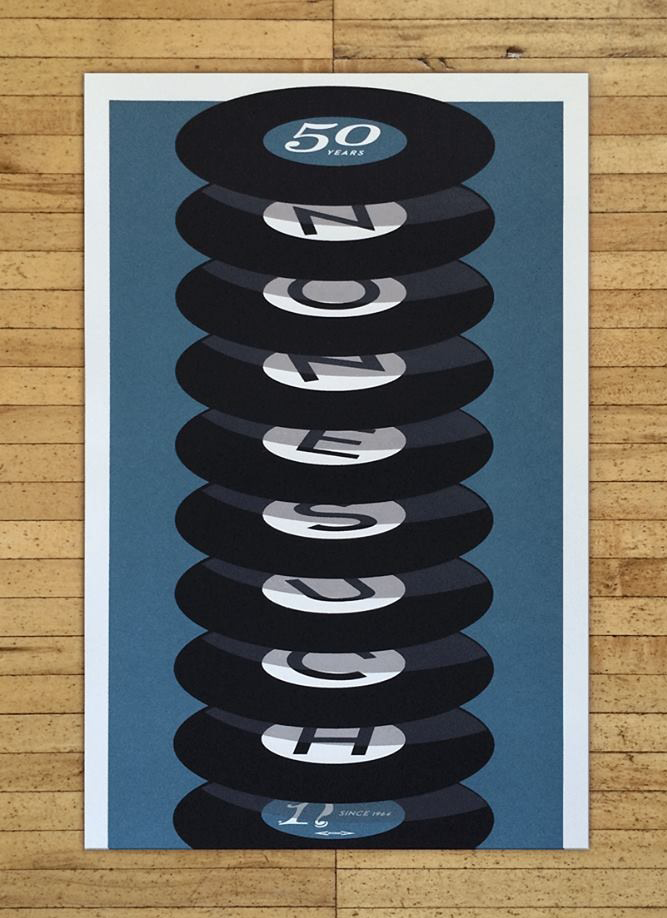